Demons do not create everything in the Fade. They set the stage, as it were, and we fill it with our own dreams and nightmares. 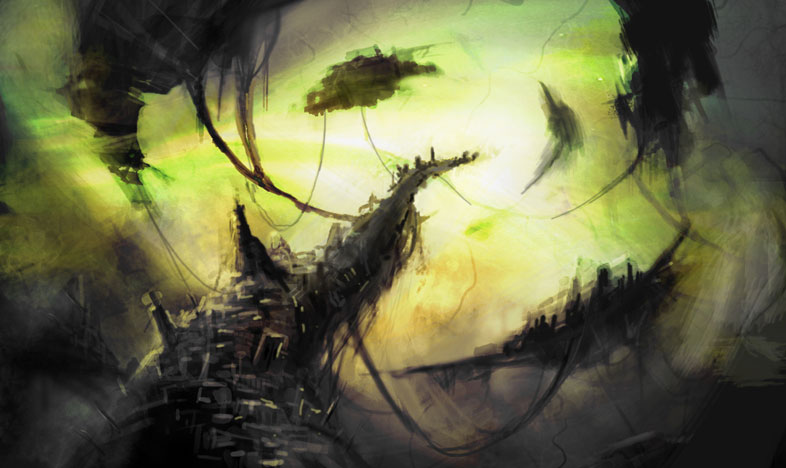 The Fade is a metaphysical realm that is tied to Thedas and separated by the Veil. An island with the Black City, a shadowy metropolis with twisted spires, seems to be the only constant feature of the Fade and is always on the horizon. Every living being in Thedas enters the Fade mentally when they dream, and mages tap into it when they cast spells. The only exceptions are the dwarves who do not dream, and the Qunari who claim that they also do not dream (this claim seems to be valid as they are both rarely encountered in the Fade). Most people do not remember their time in the Fade.

There is no geography in the Fade. Place and time are far less important than concepts and symbols. In its raw form the Fade is a twisted, frightening world of dark rock and raw lyrium veins where it is always night. Gaps between dreams are such void places. The Fade may appear as something else entirely when shaped by dreams.